Rexer Analytics has been conducting regular polls of data miners and analytics professionals on their software choices since 2007, and the results of the 2013 Rexer Analytics Data Miner Survey were presented at last month’s Predictive Analytics World conference in Boston. Here are some highlights of the responses from the 1,039 non-vendor participants. (You can request a free copy of the full survey results from Rexer Analytics.)

The popularity of R is skyrocketing, and its prevalence has increased in every single Rexer poll conducted since 2007, both in overall use and as the primary tool. Most users are satisfied with R, with more than 85% of users self-identifying as “satisfied” or “extremely satisfied”. The software platforms with the most dissatisfied users are SAS and SAS Enterprise Miner. 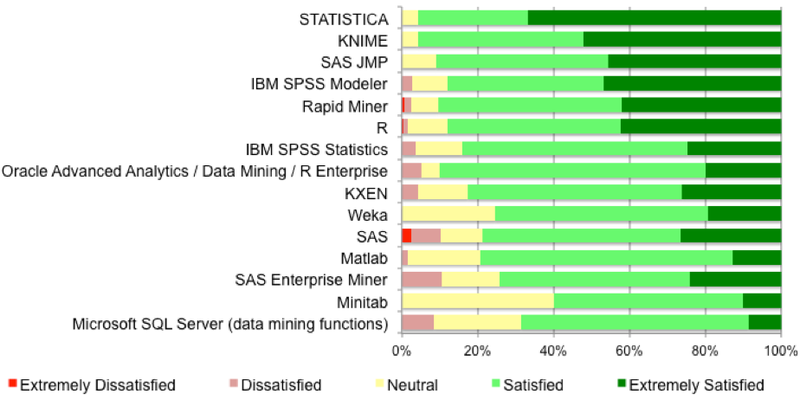 These results are in line with other recent polls about R usage. The annual KDDNuggets poll of top languages for analytics, data mining and data science, released in September, named R as the most popular software for the third year running.