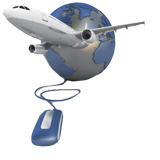 With a statistical analysis, its hotels team figured out the optimal length of time to wait before requesting an updated room rate quote from a hotel. That not only improved the accuracy of the prices it displays to customers by 3% but also cut operational costs significantly and sped up page load times, says Orbitz solution architect Robert Lancaster, who is in charge of the company’s hotel infrastructure platform. He discussed how Orbitz acheived this in a presentation at the Predictive Analytics World conference in Chicago last week.

Orbitz stores room rate quotes so that it can quickly show a price to a web site visitor without contacting the hotel’s server. If a consumer chooses to book a room, Orbitz verifies that the room is still available and checks the rate.

To avoid frequently coming back with a different rate, or having to tell the consumer that the room is not available, Orbitz was frequently checking rates with hotels, Lancaster says. The hotels charge a fee for each request, and, as room rates rarely change, most requests were unnecessary, he says. “We were throwing money out the window.”

The company needed a way to reduce the number of price and availability checks while also reducing the frequency of price discrepancies that frustrate consumers during checkout. Lancaster looked to a branch of applied math called survival analytics to solve the dilemma.

Survival analysis predicts how long it will take a particular variable to reach a point of failure—in Orbitz’s case, how long before a price quote becomes inaccurate. Over about three months of collecting daily around 100 million records related to price quotes—including when customers viewed a particular rate and if that rate had changed since its last viewing—Lancaster’s team loaded it all into the open-source “big data” engine Hadoop to run the analysis, which it did in-house.

Orbitz personnel tested multiple variables to determine which ones most influenced price changes in each of 150 hotel markets, Lancaster says. For example, some markets like Chicago are business-centric and so weekdays are busiest for bookings—meaning prices should be updated more often on Tuesday than Saturday. For ski or beach vacation towns, seasonality is more important, he says. Using all these insights, Orbitz came up with a formula for determining the maximum length of time it should store a given price quote before updating it.

Then the company tested those times in half the markets, Lancaster says. It was able to decrease the frequency of price discrepancies for customers by 3% and speed up page load times, he says, although he would not disclose by how much. Most important, though, Orbitz learned that when a hotel says a room is “unavailable,” there’s only a 20% chance its status will change in the next 20 hours. That’s a minimal enough risk that the company could safely eliminate server requests to update “unavailable” quotes, he says. Doing so reduced its total number of requests by 11%, which Lancaster estimates saves the company $10 million or more per month.

“The drop in requests to suppliers was so profound that now we’re looking for things to do with all the extra requests we have,” he says. Orbitz has contracts with hotels to ask for a certain amount of price updates in a given time; before the company was making even more requests than allotted in its efforts to keep prices accurate, which incurred extra fees, Lancaster says. Now Orbitz is considering using some of the requests for preemptive rate quotes based on searches it knows customers are likely to make, which will further improve how fast results load, he says.