1 year ago
How Machine Learning Works for Social Good 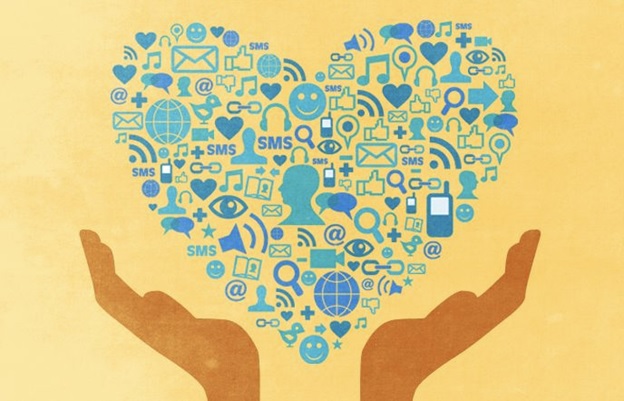 This article is based on a transcript from Eric Siegel’s Machine Learning for Everyone (on Coursera). View the video version of this specific article

Just as businesses tap the value of machine learning, so too can charitable and non-profit organizations. There are a wide variety of ways people are applying machine learning for social good.

1) Protect. Identify the most vulnerable or at-risk in order to intervene.

2) Fundraise. Target direct mail that solicits donations — for any kind of charitable organization.

3) Greenlight. Predict which project proposals are most likely to succeed, in order to allocate grants and other types of assistance.

Predict Align Prevent applies machine learning to identifying children at risk for maltreatment. In the U.S., between 1,500 and 3,000 infants and children die due to abuse and neglect each year. Children aged 0-3 years are at the greatest risk. Those most vulnerable are commonly not visible to the professionals. Models improve early detection and intervention and this organization conducts strategic planning to optimize the spatial allocation of prevention resources

And this illustrates a terrific trend: Just as typical business applications flag unwanted outcomes — such as defaults, cancelations, and fraud — and respond accordingly to intervene, the same concept applies to altruistically intervene when bad things may happen to individuals. It’s another way models serve to basically triage limited resources. A company only has so many resources to retain at-risk customers, just as child welfare organizations have limited resources to protect at-risk children. Prioritizing and targeting resources increases the power of a fixed amount of resources. It’s the same business value proposition, now applied for social good.

As another example, the U.S. Equal Employment Opportunity Commission predicts discrimination, flagging which particular groups of people in a specific industry are more susceptible to discrimination.

And the City of Chicago models which homes have a higher risk for lead poisoning incidents. This serves as an early warning system to proactively flag, as an improvement over the more common reactive steps taken after a positive test for poisoning. The risk scores serve to target homes for inspection and children for testing, and could help people determine safer homes to move to.

Extending this concept far and wide, machine learning is applied to flag those at risk of all kinds of unwanted incidents in order to intervene, including:

Applying machine learning to target solicitations for donations is even more prevalent — after all, most any non-profit or charitable organization fundraises. And universities commonly target their fundraising as well.

This is the same value proposition as for response modeling for marketing, except that “order fulfillment” isn’t actually necessary — you don’t need to fulfill any purchase. But in both cases, you calculate the net returns in the same way, based on the cost of the campaign, and the income it generates.

And the Nature Conservancy profited $669,000 by mailing to only the 10% of its donor list predicted to be most likely to contribute.

Predictively targeting beneficiaries is a growing practice. In this case, the model targets who to give money to, rather than who to ask for money from! For example, some charitable organizations determine which development project to greenlight by predicting project success. This way, the organization executes on its mission more effectively.

In one project, I helped a program that assists low-income, college-bound students to target its outreach to the most responsive and eligible applicants. In another case, I conducted a five-day training program for the Inter-American Development Bank — the largest source of development financing for Latin America and the Caribbean — as they investigated modeling project outcome success.

Similarly, micro-loan firms that lend to those in need — who often don’t qualify for traditional bank loans — develop their own specialized risk models in order to accommodate debtors often flagged to too-high-risk by traditional financial institutions. By decreasing the financial risk of their loans to the unbanked or impoverished, organizations like Mimoni and Kiva are able to fulfill their mission.

If you’re looking to broaden the portfolio of ways in which you or your organization applies machine learning, I strongly encourage you to get involved with these kinds of social good applications. Ethical examinations of machine learning often ask whether certain applications do more harm than good — but if you’re applying it specifically for social good, the answer is clear, and the community will wholeheartedly embrace you.

To get started, check out some of the machine learning firms devoted entirely to applying predictive modeling to serve social good, such as Predict Align Prevent, the Data Science for Social Good Foundation, or DrivenData.

One thought on “How Machine Learning Works for Social Good”