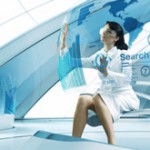 Today, data is BIG: It disrupts, defines, and determines a spate of outcomes, from elections to medical treatments.

Data “embodies a priceless collection of experience from which to learn,” according to Siegel. “Every medical procedure, credit application, Facebook post, movie recommendation, fraudulent act, spam e-mail, and purchase of any kind; each positive or negative outcome, each successful or failed sales call, is encoded as data and warehoused,” he says. Using that material can make or break fortunes.

RELATED: How Big Data Can Stop Traffic Jams and Much More

The glut of big data is growing roughly by ”2.5 quintillion bytes per day – that’s a 1 with 18 zeros after it,” says Siegel. “A veritable Big Bang has set off, delivering an epic sea of raw material.”

The Fiscal Times talked to Siegel about how we as a society can and are using the gold buried within these mountains of data – and how the science of predictive analytics is coming into play:

The Fiscal Times (TFT): Businesses and companies – not to mention the federal government – are ascertaining untold truths about us as private individuals and consumers. Why and how is predictive analytics part of this?

Eric Siegel (ES): With the advent of new technology, organizations can gain power by predicting potent and also sensitive insights about individuals, in some cases. Predictive technology reveals a future that is often considered private. These predictions are derived from existing data, almost as if creating new information out of thin air. Examples include Hewlett-Packard inferring an employee’s intent to resign, or retailer Target deducing a customer’s pregnancy, or law enforcement in Oregon and Pennsylvania foretelling a convict’s future repeat offense.

TFT: But you also believe predictive analytics can help explain such things as who will drop out of school, who will cancel a magazine subscription, who will even get divorced at some point. Is this not – scary? Isn’t this turning mere “data” into something else altogether?

RELATED: The Dark Side of Today’s Big Data Revolution

ES: Organizations, by leveraging all of the data they collect today, can attain a position of power because they learn from the data how to predict human behavior. A company with hundreds of thousands of customer records, for example – some of which show cancellations – can learn from the experience encoded in this data. It’s a kind of pattern-detection that helps them discover which combinations of factors about a customer makes that individual much more likely than average to cancel. These factors aren’t always obvious or entirely intuitive. They’re signals that reveal odds, even if a customer himself or herself has not yet begun to formulate any particular plan of action.

TFT: You say this technology can even show how early retirement decreases life expectancy – and how vegetarians, as a group, miss fewer airline flights than other people. Bear with me here, but really?

ES: These are two of the more colorful examples of the multitudes of predictive discoveries that await us within data.

The University of Zurich discovered that, for a certain working category of males in Austria, each additional year of early retirement decreases life expectancy by 1.8 months. They conjecture that this could be due to unhealthy habits such as smoking and drinking following retirement.

On the second point, one airline discovered that customers who preorder a vegetarian meal are more likely to make their flight – with the interpretation that knowledge of a personalized or specific meal awaiting the customer provides an incentive, or establishes a sense of commitment. Predictive analytics, overall, seeks out connections like these and works to see how they may combine together. For example, perhaps vegetarian retirees would live the longest of all, even if not for directly causative reasons. There’s no way to know unless you look at the data, an exploration automated by predictive analytics.

TFT: Let’s talk about organizations that actually predict death. You say this goes further than what life insurance companies have long been doing. What is at work here? Is it all about money?

ES: There are different reasons organizations predict when we’ll die. Health care providers predict death to help prevent it. For example, Riskprediction.org predicts your risk of death in surgery, based on aspects of your condition, in order to help inform medical decisions.

Beyond life insurance, it turns out that health insurance also predicts death – of policyholders. Until recently, death prediction has not been within the usual domain for health insurance. I got the inside scoop, anonymously, from a top-five U.S. health insurance company and I write about this in my book. They predict the likelihood that elderly insurance policyholders will pass away within 18 months, based on clinical markers in the insured’s recent medical claims.

On the surface, this sounds potentially dubious. Might the insurance company deny or delay the coverage of treatment based in part on how likely you are to die soon anyway? Not in this case. The company’s purposes are altruistic: The predictions serve to trigger end-of-life counseling, regarding living wills and palliative care.