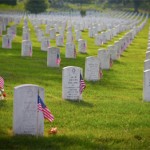 A controversial new Army plan would predict which soldiers might kill themselves, potentially enabling military to provide mental health counseling and other services to treat troubled troops.

Even as thousands of U.S. servicemembers were dying in Iraq and Afghanistan during the 12 years of war following 9/11, about 3,000 perished by their own hand, nearly the same as the number of people lost on the day of those terrorist attacks.

Indeed, suicide is a perennial stain on the military that’s growing worse each year, a trajectory baffling to military leaders and devastating to the thousands of shattered families left behind. “It just drives me crazy that we can’t figure (it) out,” says Army Deputy Undersecretary Thomas Hawley.

The Army, which recorded an average of six suicides per week last year, now stands at the edge of a science-driven answer as radical as it is uncomplicated: predicting which soldiers are likely to kill themselves so they can be stopped before it’s too late. This form of health assessment is unlike anything in the civilian world and one that the Army is meeting with a combination of enthusiasm and caution.

It’s also an idea that leaves Deborah Johnson wishing she could turn back time for the sake of her son, Jeremy.

The 23-year-old Army private died from an overdose of pain pills mixed with alcohol in March 2010, shortly after an instant-message exchange with his mother.

Jeremy was sent off to war in early 2009 six months after joining the Army. He was medically evacuated from Afghanistan with emotional issues in the summer of that year.

The father of two little girls was eager by 2010 to leave the service with a medical discharge, but he hated the medication doctors had him using. Shortly before his death, his mother says, he seemed severely depressed. But after he spent hours on the phone followed by texting, Deborah Johnson thought he was OK. The death was ruled a suicide.

“You’ve got to find a way to identify those people that are at risk,” she says, praising the new Army effort. “That would be every mother’s hope that there would be something that you could have done differently.”

The Army has received computer code over the past few months designed to do just that. Developed by the National Institute of Mental Health (NIHM) with colleagues at Harvard University and other academic institutions across the country, the code is part of a broader study of suicide lasting several years and costing $65 million.

Advocates say it is desperately needed as suicides among active-duty military and veterans reach record levels. Researchers at the Department of Veterans Affairs estimate that 22 veterans die by suicide each day.

“The reality is we’ve not had any meaningful impact over the course of the last decade” on military suicides, says David Rudd, a suicide researcher and consultant to the Army on the new program. “We have to get outside the box.”

Vice Chief of Staff John Campbell, the Army’s second-highest-ranking officer, says he has resources to help soldiers if he knows whom to go after.

“If somebody comes up with something that says, ‘Here’s a way to narrow that focus,'” Campbell says, “we’d be crazy if we didn’t go ahead and do that.”

Scientists immersed in the project for years are excited by the prospects. “I mean, how many people can say they worked on something that actually saved lives?” says James Churchill, a program officer with the NIMH.

NIMH epidemiologist Michael Schoenbaum, a lead scientist in the effort, says he and others on the team applied a complex set of risk factors — such as psychiatric illness, deployment history or drug or alcohol abuse — to a computer assessment of soldiers, producing a rating that’s a “flag for whom do you target for special care.”

Army Deputy Undersecretary Hawley feels certain the program can work. “Suicide is a compelling human problem,” the civilian leader says. “In the Army, we (now) have the tools, the motivation, the funding to do something about this.”

Uniformed leaders are wary, concerned about substituting computer logic — in the form of a list of names — for a commander’s own ideas about which soldiers need help.

“I’m very cautious of lists,” says Lt. Gen. Howard Bromberg, the Army personnel chief who will decide how to use the data.

Army deaths — along with more-recent increases among sailors, airmen and Marines — drove suicide numbers among all troops to a record 351 in 2012, Pentagon data show.

Suicides this year among active-duty soldiers are tracking about 20% below where they were at this point in 2012. But the deaths among Guard and reservists who are not on active duty — 60% of whom have deployed to war at one time or another in the past — have reached all-time highs in recent months, Army data show.

As the numbers rose in 2009, then-Army secretary Pete Geren launched the Study to Assess Risk and Resilience in Service Members in an effort to find out what had gone wrong for those choosing suicide. The Army contributed $50 million and the NIHM an additional $15 million for what scientists now believe is the largest study ever done on suicide.

They culled through health, deployment and personnel records for soldiers who served from 2004 to 2009 — about 400,000 people — their names expunged from the data.

Sifting for key risk factors, they identified smaller and smaller subgroups. Scientists found that the 16% of the force treated for mental health problems were responsible for nearly half of all suicides. The remaining 84% had a suicide rate closer to a traditional Army peace-time level of 12 per 100,000.

Using combinations of risk factors, scientists isolated 0.8% of the riskiest soldiers, responsible for 14% of all suicides. This group’s suicide rate was a stunning 358 per 100,000, nearly 30 times higher than the Army’s historical average, the data show.

Schoenbaum cautions that more than 99% of even the smallest group did not commit suicide — the event is that rare.

How soon the program will be put in place is unclear. Leaders are talking about a pilot program possibly next spring.

“This is not designed,” Schoenbaum says, “to identify a unique individual, Pvt. Smith, who is a ticking time bomb. We don’t have anything like that crystal ball. We are trying to identify 5,000 Pvt. Smiths with a 30 times higher rate on average of killing themselves.”

FIRST OF ITS KIND

Civilian industry officials specializing in employee health risk assessments say what the Army is working toward is different from anything they’ve seen.

“In the work world that I know, there’s nothing with this kind of depth,” says Helen Darling, president and CEO of the National Business Group on Health, a non-profit group that helps Fortune 100 companies improve health care and productivity.

Advocates for families of troops who have committed suicide worry about stigmatizing soldiers singled out by the computer program. The Army is already in the process of downsizing, leaving many soldiers anxious about the future and keeping their careers moving forward, says Kim Ruocco, a director at the Tragedy Assistance Program for Survivors, a support organization for families of those who die in the military.

“So this study is going to push some of those buttons,” she says.

Civilian suicide experts say that the Army and NIMH initiative is simply not good science in the absence of researchers subjecting their findings to peer review and testing their analysis over a period of years to see whether it correctly predicts suicide.

“In the world of science, you just violated every principle of how you validate an instrument,” says Lanny Berman, a psychologist and executive director of the American Association of Suicidology. “We might find a lower suicide rate, but can we prove somehow it’s related to this (suicide prediction program)? How are you going to know?”

Hawley is emphatic that this initiative can’t wait for validating protocols.

“This is not an academic exercise,” he says. “This is a real-world effort for real soldiers.”

Both he and Army personnel chief Bromberg say they are sensitive to concerns about stigmatizing any soldier singled out by the initiative.

“We don’t want them to feel targeted,” Hawley says.

Once the computer identifies perhaps a few thousand soldiers at risk for suicide, the names would be provided to company commanders — more than likely an Army captain leading about 100 soldiers.

“What we want the commander to do is bring them in and say, ‘First of all, we know you’re going through some challenges,’ ” Bromberg says, “Make the soldier feel at ease. That, ‘Hey, we’re not about putting you out of the Army. We’re not here about making you feel bad. But we’re going to help you.'”

Mental health providers would then be alerted.

“It allows us to find a small, more manageable population … who we know are at greater risk. And we can provide a more tailored approach to help support them,” says Lt. Col. Chris Ivany, a psychiatrist with the Army surgeon general’s office.

“There is hope that this is going to bring something new to the fight,” Ivany says.

Deborah Johnson says her son, Jeremy, had a radiant smile and upbeat personality that for months masked whatever demons haunted him on the inside.

After his combat deployment to Afghanistan ended, after he began processing out of the Army with emotional problems and after some marital struggles, she says, she believes he began formulating a plan to die.

“When you get them to that point where they’re saying, ‘I’m having thoughts,’ then what are you going to do?” she asks.

In his last days at Fort Benning, Ga., when Jeremy alternated between despair and plans for the future during long phone conversations with his mother, she thinks now it might have been almost too late to save him.

“That’s why I think these (computer) programs are great because you can get them before they’ve already got a plan and it’s hopeless,” she says. “If one person doesn’t commit suicide, then it’s worth it. … Anything you can do to find that needle in the haystack.”