8 years ago
Readmissions ‘Drop Like a Rock’ with Predictive Modeling 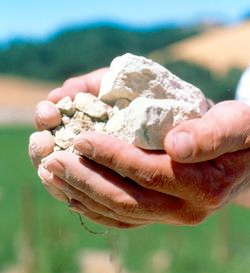 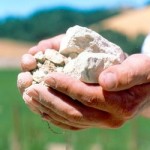 Predictive modeling offers the key to understanding which healthcare services most affect utilization, readmissions, and payment, and how to tackle the outliers. These analytics are within the grasp of any healthcare system.

Somewhere out there, a hospital near you may be figuring out the technological secret to significantly lowering readmissions.

It isn’t a secret easily uncovered, it takes hard work, and it takes working smart. But it can be done.

“Our admits and readmits have dropped like a rock,” says Pamela Peele, PhD, chief analytics officer of the UPMC Insurance Services Division. UPMC is the short name for the University of Pittsburgh Medical Center, and Peele is one of two presenters in my October 28 HealthLeaders webcast.

UPMC uses a variety of modeling tools to identify patients who are high utilizers of its services and—significantly—are likely to continue to be high utilizers in the next year. “Most people just regress to the mean,” Peele says. “There’s a whole industry of disease management that has been built on regression to the mean. They say they’re managing the patient, but the patient would have gotten better, utilization would have gone down if nothing had happened, because most people actually get better.”

The secret, Peele says, is finding the 20% of patients who won’t get better on their own but who could respond to intensive, coordinated care.

When a Medicare patient new to UPMC walks through their doors, “We use a questionnaire that CMS requires us to get anyway on our patients,” Peele says. Out of 24 questions on that survey, eight combinations of answers on five of those questions are “absolutely the signal that these people are going to run about 300% more expensive than people who don’t hit those rules,” she says. “Once you’ve discovered the questions and rules, you don’t need to run a model anymore. The call center can deploy that on the phone.”

Later, when a UPMC Health Plan member presents for hospitalization, the upper right-hand corner of UPMC’s authorization screen prominently displays that member’s readmission risk. But Peele shares an unexpected insight: Sometimes, the risk level is just so high that no added intervention is going to reduce it.

In this struggle to reduce readmissions, the main tool in UPMC’s toolbox is the home visit. The trick of UPMC’s success is in identifying the “sweet spot” of patients—those who aren’t so sick that the home visit won’t matter but aren’t sick enough that a home visit will make a difference.

“There’s a predictive range where you should put your resources, and the resource is a home visit,” Peele says. “That’s what actually matters. So we changed the discharge plan for people in that sweet spot, so they get a follow-up home visit.”

The ins and outs of predictive modeling

Unlike traditional IT projects, predictive modeling is never truly finished, but instead aspires to turn healthcare into a continuously learning system. “This stuff is all iterative,” Peele says. “You get started. You discover something. You try something. It doesn’t work. You figure something else out. It’s sort of like groping around in the dark in a room until you find the light switch.”

On October 28, my other presenter with Peele will be Christine Vanzandbergen, the clinical decision support officer at Penn Medicine, at the oppose end of Pennsylvania from UPMC.

While not as far along with its predictive modeling efforts as UPMC, Penn Medicine is also leveraging a variety of different tools to make progress. “Our approach has been to take our data internally, understand it, validate it in a predictive model, evaluate our results, and look for partners that we think can improve those results,” Vanzandbergen says.

Both Peele and Vanzandbergen have been unimpressed with the offerings of the many technology vendors hawking products specifically for predictive modeling for healthcare. Both provider organizations continue to focus on internal efforts while they try to identify partners that can truly add value. “Our most recent partnership turned in some really disappointing results when compared to the performance of our internal readmission risk model,” Vanzandbergen says.

“What the vendors are selling in predictive modeling land is so generic and so basic that it’s not useful,” Peele says. “That’s not the vendors’ fault. It’s just [that] healthcare is local.” But that hasn’t stopped lots of health systems from spending millions on these vendors’ products.

Healthcare analytics vendor MEDai produces an external financial model that UPMC’s insurance division has found useful, Peele says. “The validity of having an outside predictive model smooths our bond rating, and we’re very highly rated, so there’s a business reason that we buy that particular predictive model,” she says.

Don’t let the potentially endless parade of tools fool you. Predictive modeling is within the grasp of any healthcare system. At Penn Medicine, a single variable—previous hospital utilization—is the key to predicting readmissions. While the results aren’t as impressive as UPMC’s, they’re still significant.

Penn is trying to understand what services are affecting admissions and payment. “We’ve lowered our readmissions by2 or 3%, which has us on the right track, so we’re encouraged by that,” Vanzandbergen says.

It takes an entire team to build predictive modeling excellence in your organization: mathematicians, epidemiologists, and other highly-trained specialists, and, according to Peele, even a journalist. “If the C-suite can’t consume it, it doesn’t make any difference, and the C-suite is accustomed to getting their information filtered through a professional journalist.”

Just listening to Peele—a PhD economist by training—and Vanzandbergen—a physician assistant by training who fell into clinical IT work about six years ago—makes me confident that healthcare organizations can use predictive analytics to tame readmissions, and that’s just for starters.