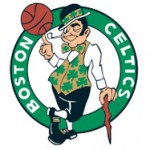 Boston Celtics general manager Danny Ainge made a calculated gamble in hiring former Butler head coach Brad Stevens to man his C’s for the next six years, and Stevens has responded by hiring the young man that quite literally calculated his gambles for him while on the bench at Butler.

Drew Cannon is a 23-year old wunderkind that has been calculating various on/off court stats and lineup data since he was a teenager. Stevens hired Cannon last year to chart his team’s best lineups after Cannon graduated with a degree in statistics from Duke, and he’s pulling the former Basketball Prospectus scribe to Boston to take on an as-yet unnamed role. Cannon may not be sitting next to Stevens on the Celtic bench, as was the case at Butler, but at the very least you can be assured he has the coach’s ear. And that’s such a weird and cool thing to see, in a league that has long valued orthodoxy and “I got this, I’ve been here before”-wisdom.

The Boston Globe’s Baxter Holmes broke down the Cannon story earlier this week:

A year later, Cannon, now 23, will follow Stevens from Butler to the Celtics, though it’s unclear exactly what his role will be. “I’m anxious to add him to our staff to see what he’s all about,” Danny Ainge, the Celtics president of basketball operations, said Monday at the Orlando Summer League.

Stevens knows full well what Cannon is all about — and the coach is a huge fan.

“He’s really bright, and he’s really naive — and when I say that, it’s that he doesn’t have any preconceived thoughts on what the world should look like. He’s just trying to figure out what he thinks fits.”

That lack of prejudice should do well for the Celtics, who are heading into a rebuilding phase with no clear idea of when and how they’ll acquire their next great star. And with Kevin Garnett and Paul Pierce having been traded to the Brooklyn Nets (still weird to think about, I know), the current Celtic roster hasn’t had a lot of time to compile the sort of lineup data that Cannon works best with. The whole organization, from the front office to coaching staff to playing roster, will be learning on the fly.

This is why it’s best to have young, eager minds that aren’t coming to the table with preconceived notions about what should fit where. This remains a fascinating, ever-evolving game that has seen its last four championships won by burly point forwards, 7-foot jump shooters, and twin tower lineups, and while talent will always out, there still is no set formula to winning in this league. Even the more obvious, orthodox lineups (“let’s pair a high post magician in Pau Gasol with a dominant low post center in Dwight Howard!”) don’t always work if the coaches aren’t creating an atmosphere that allows for the players to succeed.

What makes Cannon’s value tricky to quantify is that he and Stevens are reluctant to share many specifics of his research. There are simple things he does like keep practice statistics, track the efficiency of specific set plays and the statistical tendencies of opponents.

But as far as the in-depth statistical analysis, Stevens gave only a peek as to not forfeit an edge. Cannon sends Stevens a 10-page e-mail breaking down and analyzing the numbers after every Butler game. The report takes 10 to 12 hours for Cannon to put together.

Cannon’s greatest value is with lineup analysis, as Stevens terms his work “unreal.” “It includes every player, pairs of players, groups of three, big lineups, small lineups, etc.,” Stevens said. Cannon will also include the offensive and defensive efficiency of Butler’s players from previous matchups with an opponent, which Stevens said, “Will help me determine probable sub patterns, late game lineups, etc.”

To hear Thamel tell it, Cannon had a direct influence on Stevens’ lineup and rotation choices while at Butler this season. Will that carry over to Boston, a team that features all manner of pros, including a player in Rajon Rondo making eight figures a year? That remains to be seen, but we do know that Ainge isn’t signing off on the hire to not let Stevens listen to the guy.

(The guy that was considering a bartending gig, as many 22-year olds do, last year when Butler rang him up.)

Not only is every team scouted within an inch of its life in the modern NBA, but the internet is filled with teeming ranks of would-be analysts, those that know their way around visual tools and data breakdowns that would have stood out like a sore thumb amongst NBA coverage just a decade ago. No tool is to be dismissed, no voice should be ignored. You just can’t get away with limiting your scope of influence these days, and that’s a good thing. It’s making us smarter fans. It’s giving us better basketball.

A 23-year old could be shaping the lineup and rotation choices of the famed Boston Celtics this season. What a fascinating proposal.