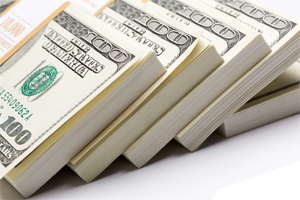 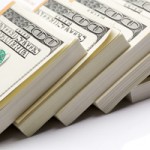 The economic changes of the past five years have had a major impact on the collections industry. Collectors traditionally viewed customers in black-and-white classifications of having either “good credit” or “bad credit.” As the economy declined, the latter category devolved into the more negative descriptions of “bad credit” and “very bad credit.” Now it is much more difficult to distinguish between customers who have simply fallen behind in their payments and customers who plan on staying behind.

Just as many of the traditional characteristics of debtors no longer apply to the industry, the tools previously used are far out of date. It is time for the collections industry to embrace the future and adopt new models. These must properly assess debtors, review their situations, and anticipate the likelihood of monetary recovery. Then collector must effectively and efficiently apply all this data in order to gain positive results and higher debt-recovery success.

The future of the collections industry lies within a mathematical science that leverages alternative, personal data to determine the probability of debt repayment: predictive analytics. This involves compiling non-traditional customer records and using the data to determine customers’ ability to pay on their balances. The data that is analyzed includes public records and demographic information as well as the customer’s history before the economic plummet. All of this correlates to both the customer’s capability and willingness to pay.

A recent mainstream example of the use of predictive analytics is chronicled in both the bestselling book and subsequent movie, Moneyball. The true story follows a Major League Baseball team’s general manager as he employs statistics instead of star power in order to stay competitive on a shallow payroll. Baseball recruiters, used to relying on instinct and money-driven statistics, were slow to embrace the application of analytics. The method and the team were both chastised as foolish and useless—until the team began to prove successful.

During the years that this analytic system was used, the team had the highest return on investment in Major League Baseball. Other teams began picking up on this system, and it eventually changed the way baseball teams are managed and players are scouted. Major League Baseball as a whole evolved due to these analytics and adopted models.  Tradition was overcome by productivity, and profits were discovered in new places.

Scouting Out Who Will Pay

Just as baseball players hit for the average, the collections industry can also use this approach. Traditionally, collections would attempt to go after larger balances and then address the smaller debts. The thinking is simple: acquire the largest balances and win.

However, if numerous smaller balances were collected, the sum could be equal or even higher than the initially sought large balance. The average of these smaller balance sums could eclipse the few, large balance totals, and the smaller sums could be gathered more quickly.  For instance, with analytics to identify the 10 accounts likely to pay 90% of $100 balances, that recovery outcome would far exceed focusing efforts on the 10 accounts each with a 10% likelihood to pay $500 balances.

The efficiency of predictive analytics comes through the application of the non-traditional data. Previously, the debt amounts were the singular source for collections to make an assessment of the customer. However, the current market has turned this on its ear. The many different data points, such as wealth and earning potential, surrounding the debtor now require the attention and evaluation once given to the balance itself.  Identifying the debtors who are actively seeking repayment opportunities is vital to the profitability of the collections workflow.

Leveraging predictive analytics will deliver new insights regarding the characterization of debtors and their probability of repayment. The application of this non-traditional mindset has the potential to streamline and optimize the debt-collections process. Mastering this data and recognizing the necessity of this method will drive consistency within the industry.

Mark Luber, Vice President of analytics and data acquisition, LexisNexis Risk Solutions
Originally published at insidearm.
Mark Luber is responsible for leading the data and analytics strategy, along with Receivables Management strategy, for LexisNexis across all markets in the United States.  He has more than 10 years of experience in the credit and collections industry.