See the full article and a related video at Forbes.com. 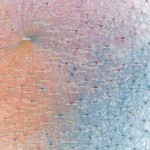 $50 billion. That’s about how much marketers are spending on Big Data and advanced analytics (according to a BMO Capital Markets report) in the hopes of improving marketing’s impact on the business.

Here are four stories “from the front lines” that illustrate how companies have used advanced analytics to deliver impact.

The more data-rich your business becomes, the more important it is to ask the right questions at the beginning of the analytical process. That’s because the very scale of the data makes it easy to lose your way or become trapped in endless rounds of analysis. Good questions should identify the specific decisions that data and analytics will support to drive positive business impact. Asking two simple questions, for example, helped one well-known insurer find a way to grow its sales without increasing its marketing budget: First, how much should be invested in marketing, and second, to which channels, vehicles, and messages should that investment be allocated? These clear markers guided the company as it triangulated between three sources of data, helping it develop a proprietary model to optimize spending across channels at the zip code level. (For more on this, read “What you need to make Big Data work: The pencil“)

2. Being creative with what you have

More data can hone models of consumer behavior, allowing for more accurate views of opportunities and risks. One telecom company in emerging markets recognized that its data could solve a longstanding quandary faced by financial service companies: how to meet the need of millions of low-income individuals for revolving credit, similar to credit cards, without a credit-risk model. Executives at the telecom realized that the payment histories of their mobile network could be used as a way to solve that conundrum. Using this data, the company created an innovative risk model that could assess a potential customer’s ability to repay loans. Now the company is exploring an entirely new line in emerging market consumer finance that uses these analytics as a core asset.

3. Optimizing spend and impact across channels

Business is all about tradeoffs: price versus volume, cost of inventory versus the chance of a stock-out. In the past, many such tradeoffs have been made with a little data and a lot of gut instinct. Even now, in the age of cookies and click-throughs, it’s not always easy to optimize spending allocations. Big Data and advanced analytics – particularly more real-time data – can eliminate much of the guesswork. One transnational communications company had spent heavily on traditional media to improve brand recognition, and invested in social media as well. However, its traditional marketing-mix models could not measure the sales impact of the social buzz.

Combining data from traditional media, sales, and customer use of key social-media sites yielded a model that demonstrated that social media had a much higher impact than company strategists had assumed. More critically, company analysts found that the primary driver of social-media sentiment was not its television commercials but customer interaction with the company’s call centers—and in fact, that poor call-handling was subtracting almost as much value as the TV spots were adding. By reallocating some media spending to improve call-center satisfaction, the company increased its customer base significantly and gained several million dollars in revenues.

Too much information is overwhelming. That’s why it’s important to keep reports simple or they won’t be used. One large B2B manufacturer, for example, recognized that a large percentage of the company’s sales flowed from a small proportion of its customer base, but sales growth with those big customers was sluggish. Managers wanted local sales representatives to find new customers, so the company created a central analytics team that gathered detailed data and built predictive models that identified the local markets with the highest new-customer sales potential. Rather than give the sales reps reams of data and complex models, the team created a powerful tool with a simple, visual interface that pinpointed new-customer potential by zip code. This tool allowed district sales managers to see zip codes where there was an opportunity for high growth and deploy their sales teams against these areas. In the end, using the tool enabled the company to double its rate of sales growth while actually cutting its sales costs.

“The key to Big Data is keeping it simple”

Crunching data is not an automatic ticket for success, any more than putting up a website turned every company in the dotcom era into an e-commerce juggernaut. If the rollout of IT in the corporate world over the last 30 years has taught one lesson, it’s that the adoption of a transformative technology always requires careful and creative management grounded in facts. The new new thing never succeeds without a lot of help from the old old thing.